After the enormous success of the Mass Effect series we have a new episode approaching, however this one stays outside the original trilogy concentrated on the life of commander Shepard. We won't find here any Reapers, the Citadel or Normandy. Mass Effect: Andromeda is a completely new adventure, in a completely new corner of the universe, with fresh planets to visit and races to discover. It seems obvious, then, that the new artbook, The Art of Mass Effect: Andromeda, is bound to be a real treat for any enthusiast of space exploration.

The 184-page long artbook is divided into four main topics: character designs, equipment, drawings of the new races, landscapes and architecture. Right after the first sneaky peaks it becomes apparent, that the Bioware creators approached the new parts of their universe with caution and traditionally. There are plenty of previously unseen elements, however they don't evoke in a reader the feeling of a brand new chapter, but rather of a light refreshment.

This in visible especially in the design of the two new races – theoretically both absolutely different from what we've seen till now, but at the same time leaving you unimpressed and getting forgotten the moment you close the covers. None of them could become an icon of the series like the asari or Reapers. Angara are a mixture of drell, twi’lek from the Star Wars (with headtails attached to the collars) with a touch of cat. My private suspicion is that the last ingredient comes from the slight catness of Garrus, beloved by the fans so much, that he became a character available for a romance in the second part of the series. The main antagonists, on the other hand, are a typical race of enormous monsters that could pop-up in any fantasy story. Perhaps the game will add some more context to them, providing more depth and some motivation to the characters. Nevertheless, there's some lack in their design, it calls for any feature that would define them in any way. So far they seem like just another bunch of evil guys crawling any number of games.

The Art of Mass Effect: Andromeda contains more of the things we already know. Flipping pages, sometimes it’s necessary to read descriptions to be sure that this particular scene doesn’t come from earlier games. Of course, every part of it is original, but at the same time almost every detail seems familiar. Though it has it’s good sides, because every player acquainted with original trilogy will at once feel at home, in regard of the game telling about first steps in totally foreign place, this decision seems mismatched. In my opinion it would be a whole lot better to point out the strong contrast between well known, friendly and new, potentially hostile.

Of course, the whole artbook can’t be judged through the prism of what projects it presents – this charge should be directed towards the game itself, not towards the album which presents it. The album alone is in fact full of high-quality illustrations, which assures every fans’ satisfaction. It’s packed with everything that is best in this series – vision of fascinating universe, full of life. Graphics presenting new planets are exceptionally beautiful – they occupy about 90 pages and are definitely the best part of the album. People interested in making-of process concerning specific projects will also find something for themselves, because The Art of Mass Effect: Andromeda contains a lot of sketches and concept arts, especially characters’ concepts, showing how designs evolved in time.

The thing I missed the most was author’s commentary. There were a lot of brief snippets, but no thorough ones. For the artbook such as The Art of Battlefield 1 that wasn’t the problem, since it was clear that the inspiration came from history. But for the designs which show the universe so different from human world, I would like to know more about the source of ideas and the foundations of making one’s creative decisions. Some behind the scenes insight would be a great addition to the gameworld – and that’s what artbook are for. 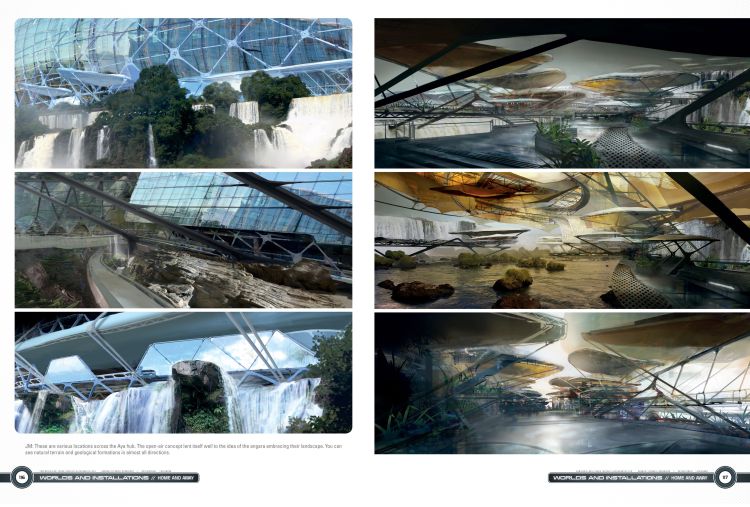 The Art of Mass Effect: Andromeda is a great piece of an artbook, including wonderful illustrations and some interesting designs. On the other hand the album is filled with content Mass Effect players are already accustomed to. Probably those expecting something new won’t enjoy it, but it isn’t a disappointment for those who want to revisit familiar universum. I recommend it for hardcore fans of the franchise as well for those who do not own any of the previous artbooks. I don’t discourage people who have seen the previous albums from buying this one, but I suggest thorough consideration before making the purchase.

This website uses cookies to improve your experience while you navigate through the website. Out of these, the cookies that are categorized as necessary are stored on your browser as they are essential for the working of basic functionalities of the website. We also use third-party cookies that help us analyze and understand how you use this website. These cookies will be stored in your browser only with your consent. You also have the option to opt-out of these cookies. But opting out of some of these cookies may affect your browsing experience.
Necessary Always Enabled
Necessary cookies are absolutely essential for the website to function properly. This category only includes cookies that ensures basic functionalities and security features of the website. These cookies do not store any personal information.
Non-necessary
Any cookies that may not be particularly necessary for the website to function and is used specifically to collect user personal data via analytics, ads, other embedded contents are termed as non-necessary cookies. It is mandatory to procure user consent prior to running these cookies on your website.
SAVE & ACCEPT
wpDiscuz